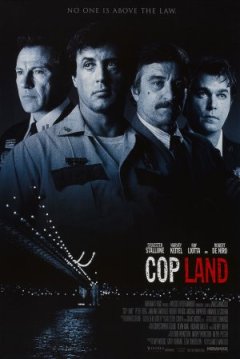 Roger Ebert once says, Stallone is the Next Marlon Brando. Even though I never give a fuck about whatever that damn fat ass aid ever since he disrespecting video games, that guy is right. Giving the right condition, Stallone is a one damn fine actor. Cop Land is his greatest work and achievement as a serious actor. But what Hollywood do to him after this? They turned his back on him until 2008 where he’ playing Rocky Balboa for the sixth time! Even in a star studded cast full of heavyweight like De Niro, Keitel and Liotta, Stallone manage to stand tall and shakes the heaven. Solid, flawless, and fragile in a good convincing way. Try to compared Cop Land to the other best of its genre, like Mystic River or LA Confidential, you’ll find that this movie is still that damn good, probably better. 8/10

I was born in 1984, and that makes me feel awesome because I was born in the same year when one of the most funniest movie of all time coming out.  That’s a perfect sentence to describe about how much I fucking love This is Spinal Tap. Fans of classic rock, wherever the hell you are , whatever shit you’re snorting right now, find this movie! From the damn absurb and perverted lyrics, to the hilarious scene involving Stonehenge and alien eggs, this is the access to the backstage of rock and roll life that we always wanted! Oh, and June Chadwick is hot as hell! 8/10. 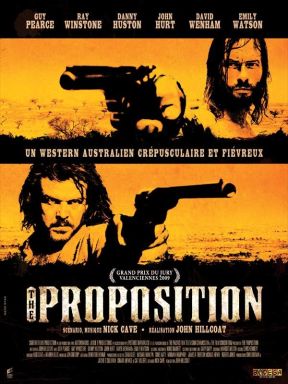 Violent. Barbaric. Bloody. Magnificent. Those four words describe The Proposition entirely. On-screen rivals between the quiet but deadly Guy Pearce and the brutal but personal Danny Houston is amazing to watch. This is not the typical clean cut western. The Proposition is gruesome and nasty, exceedingly and essential. I didn’t really love it in the first viewing, but after I take back the seat and put more controllable adrenalin into my mind as I watch it, The Proposition knock off the 2007’s version of 3:10 to Yuma from the number 5 spot in the list of my favorite western movie of all time. 8.5/10.

The first thing that I need to get off my chest from The Grey is the beautiful of its Cinematography. Cold crystal, brutal and stunning. On par with other snowy titles like Cliffhanger, the first part from the Descent, or A Lonely Place to Die. The movie itself is decent, but sometimes feels too pretentious. The filmmaker trying too hard to make a violent survival poetic movie involving Wolf. Full of illogical choice of stupidity. Liam Neeson is awesome like usual. The ending is respectable but too subtle. Passable, just don’t think of it as a perfect realistic movie when you watch it. 6.5/10.

I dig the use of a lot Fuck and Cunt words in this movie. It seems very appropriate with tones and themes that came along with Fish Tank, a not so-small movie that full with humanity. This movie is so unpredictable to read and guess because all the characters in it is very real and smooth acted. Especially the two main cast, Michael Fassbender, and newcomer(in 2009) Mia Jarvis. The Director is smart in using and combining honest sexual encounter, gritty hand held camera, powerful character, and harsh language into one package. Its hard to find its fault. Some people might think that fish tank is just another broken family movie, but trust me, fish tank is everything but that. 8.5/10

Tagged as june chadwick, this is spinal tap