A beautiful aching complex tragic story. Full of metaphors that I still don’t get very well. What the hell is this? An odyssey? A Dream? or  just an Idea? Very hard to watch because of the burden that lies in Javier Bardem’s character is felt so real, heavy and bleak.  The movie themes are posed as questions in regards to religion, human, and death. Surprisingly, there’s a few of haunting strange scenes involving ghost and spirit in this heavy drama. I love the gritty cosmopolitan and urban touch that laying all over the movies. Definitely better than 21 Grams and Babel, but more hard to swallow. Javier Bardem best work! 8/10. 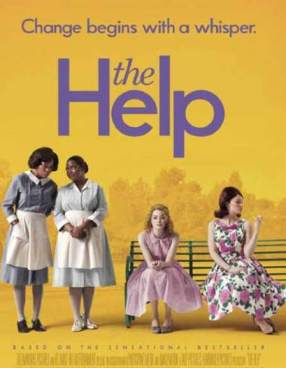 Powerful, powerful performance by Octavia Spencer and that crazy Jessica Chastain. Without those two, The Help would be a soulless movie about how a white girl help black people freeing themselves, which is actually still feels like it. Kinda sweet and heartwarming, but still feels like a chick flick. Totally overrated. The Ending is very Hollywood-ish and dumbed down.  Emma stone is hot though. An Oscar worthy in overall? My ass! Just buy the fucking book. 5/10. I might think that the cancer drama is about worn out by now, but boy, i Love this movie. Seth Rogen basically playing himself as an annoying jerk and  the calming presence that Joseph Gordon Levitt always have is perfectly captured.  Obviously, somebody’s fight against cancer is not a comic laughable material, but 50/50 manages to take the subject with dignity, class and some a few satire dark comedy here and there.  One of the best in 2011. 8/10!

Michelle Williams officially convinced me that she is a serious actress after Meek’s Cutoff. No, her work in that overrated Brokeback Mountain and Blue valentine doesn’t impress me at all.  Now, even though that Movie poster above will give you a false alarm about what Meek’s cutoff is all about, in its soul, Meek’s cutoff is still a damn fine western movie. And perhaps It is the only movie that I remembered ever watching makes me screaming loudly, “WHAT THE FUCK!”, when the credits rolls in. But in a good awesome way. Realistic and dusty. 8/10!

Fucking shitty CRAP. One of the worst thing that ever grace my screen since Twilight. What the fuck Mickey Rourke??? 1/10!

Another Masaki Kobayashi’s masterpiece. Way better and powerful than Kwaidan. The cinematography is gritty and crisp, the sets is wonderful and realistic, and of course, all the actors are spectacular. This is the type of movie that goes beyond the word great. A perfect movie to captured character studies and samurai life. A perfect movie to captured how revenge is eating you alive. And a perfect provoking movie even though for me as a viewer is very hard to decide which story, if any, tells the truth. Honor, Love, Loyalty, Lies, Revenged, politic, action, this movie tell us everything about all those damn things. 10/10!

I want to say I Like Fat girl, but im still unsure. I Want to say, I hate this movie, but its so hard to hate this realistic,  truthful and shocking movie. But one thing for sure, Catherine Breillat is one damn fined filmmaker. She makes film that are meant to divide us. Whether you shout “Blasphemy!Heretic!” or “Genius!!” it points to her effectiveness. Seriously,  this is not an ordinary movie, where  the quite realistic nudity, sex scenes  and violence are not for meant to be fun. 7.5/10!

2 responses to “Quick Review : Part I”